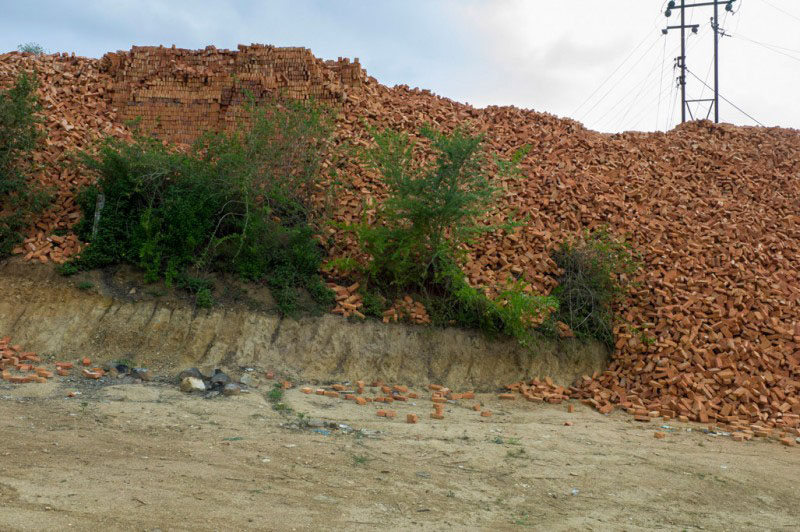 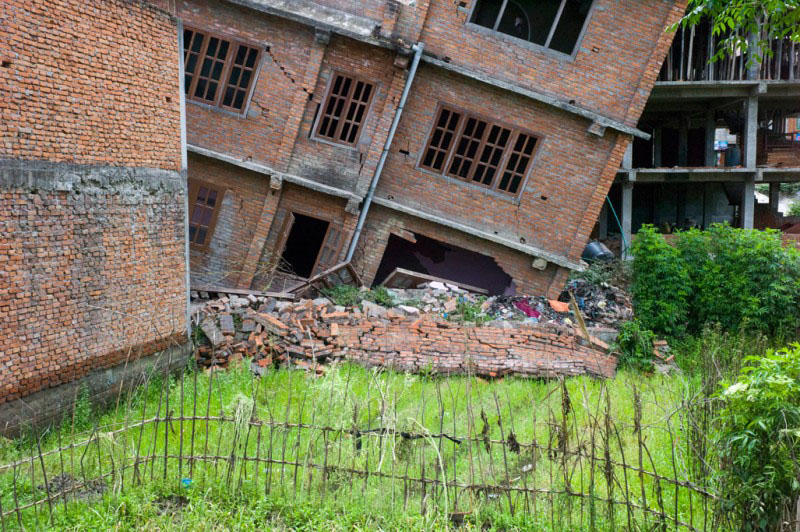 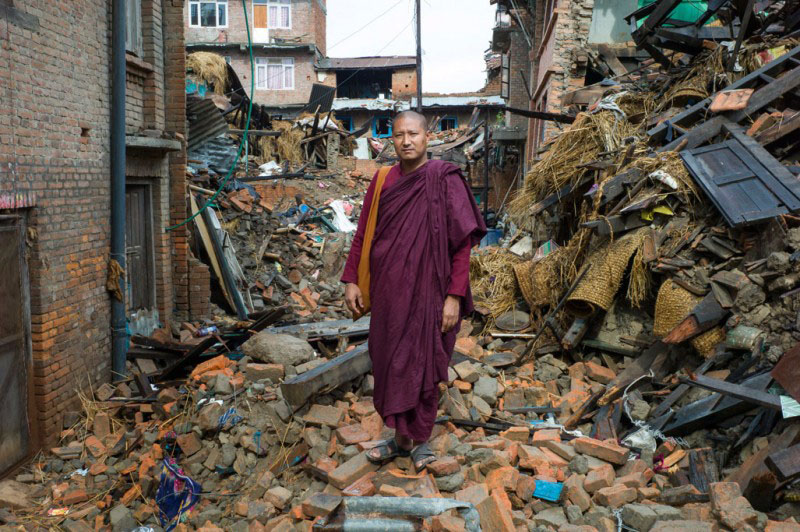 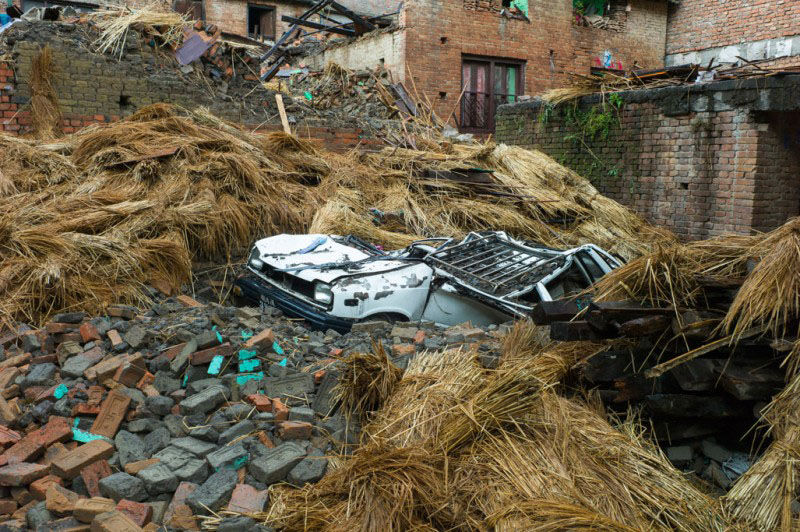 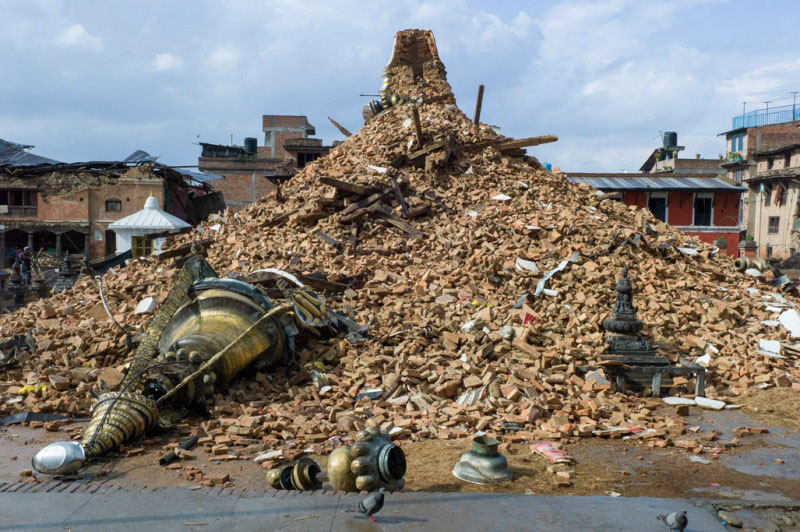 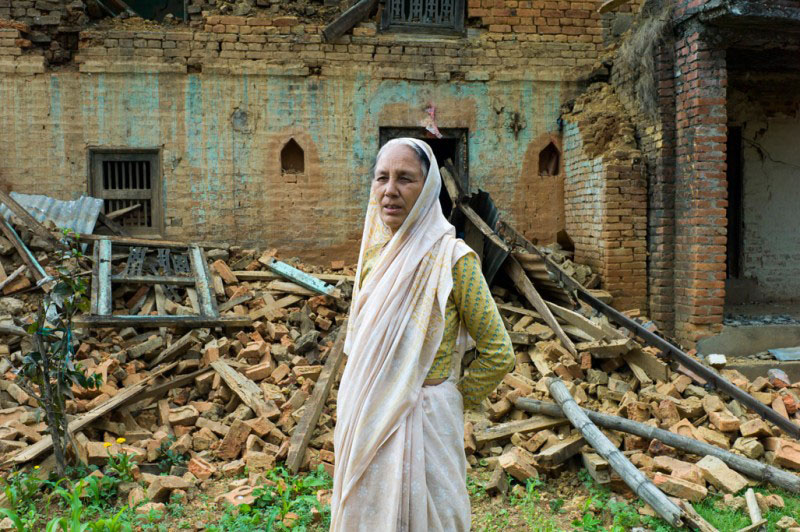 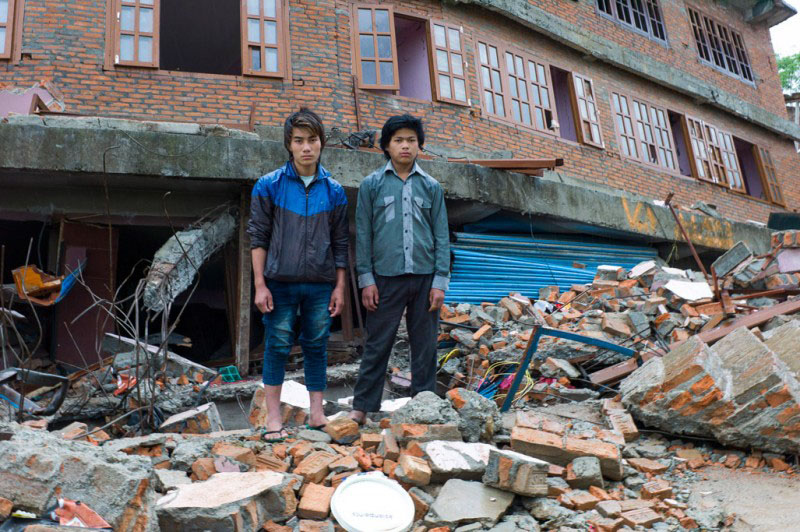 For twenty years I’ve been looking for something here. First as a hiker, then as a wide-eyed stroller, then as a simple human being concerned by the precariousness of life. For some time, I saw myself as a photojournalist. NGOs hired me to photograph famine in the west of the country, the post-war reconstruction, the reintegration of the Maoist rebels, the women who voted in the constituent assembly elections, the birth of the republic… Photography can portray a country’s mutations, sticking to the facts and respecting the elusive concept of truth as far as possible. But I understood, late in the day, that this wasn’t my work.

Then came a period of “emotional proximity”, as Anders Petersen put it. A period of continuity. We’re in an elsewhere. It’s still our life, but elsewhere – it’s still us, in the everyday experience of the other. At worst, certainty about the elsewhere, no way out; at best, a dissolution of the self in the elsewhere; insubstantial and provisory. To be this, nothing more, and to continue seeking. Neither here nor elsewhere, but in a labile here and elsewhere, where Nepal became simply the transient locus of a supportable equilibrium between order and disorder.

A span of twenty years, then, and almost as many during which I’d been asking myself questions. Will I be there the day it happens? And if so, how will I react? What will I be able to do?

As it happens, I just had time to set down my coffee cup, to get out of the small house beside the Indreshwar Mahadev temple in Panauti, and to begin living with a new fear. From then on, it was a time of discontinuity. But I love this country, and photography’s still my language. And this love, this language – they have to serve some purpose. Well then, best start right away. So I did what I know how to do. I photographed the people I talked to. I’m put off by rapid images. I understand their necessity, but my eyes collide with them. They may be a bit too fast, or slow, falling between two forms of expression. A few people on the ruins of their houses. A few traces of daily life. There’s a need to write others, slower; to haul stones, replace roofs, not stop loving. Meanwhile, they’re there, aghast. On the one hand, there’s the fear, the obligation, the impossibility of leaving, and on the other, the fear, the obligation, the impossibility of remaining.

The text above (translated from French by John Doherty), along with some of the pictures of this portfolio, are published in Nepal. Epiphanies of the Everyday (Le Bec en l’air, 2017).