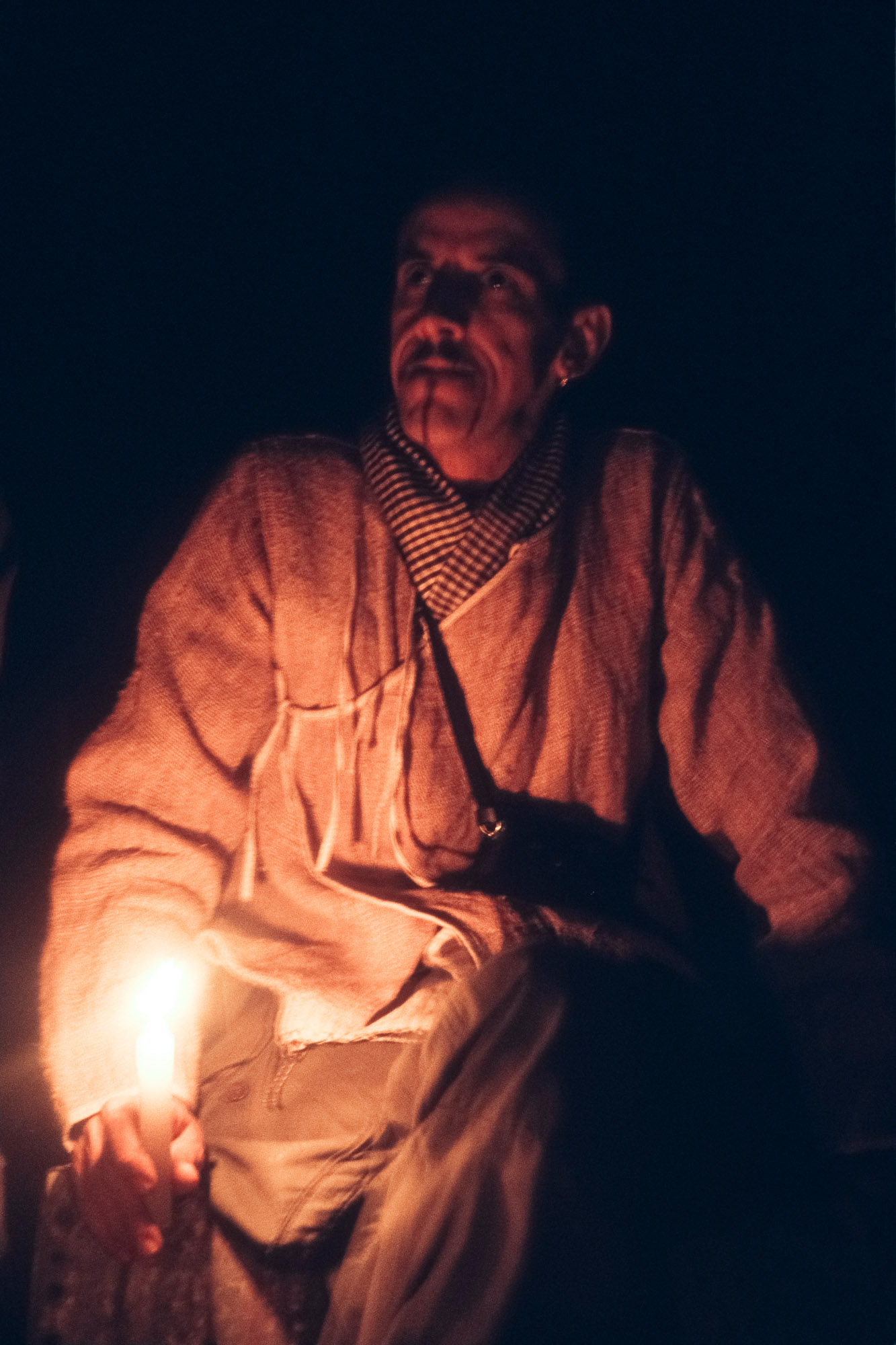 Philip Blenkinsop is a photographer who doesn’t show much. Published books? I only know of two: Cars that Ate Bangkok, a highly collectible rarity from 1996, and Extrême Asie, published in 2001 in Robert Delpire’s Photo Poche collection. Three, if we add a work about water published in 2009 in the last issue of dispatches, the magazine founded by Gary Knight, which was closer to a book than to a newspaper. Exhibitions? There must have been some. On the internet? You always come across the same few images. Magazines? Many published his work, but given how quickly images are replaced on their pages, who remembers?

For someone whose body of work is so large and so inspiring, this is not a lot.

Let’s assume then that the opportunity we have been given, in the first edition of Photo Kathmandu in 2015, to witness a large selection of Philip Blenkinsop’s Nepal work, from the Maoist civil war to the birth of the republic – and to see it physically, printed on real paper! – is some sort of a miracle. It is a premiere.

Philip’s photographs are a lesson in how to remain a human being, even when equipped with a camera. His pictures are the work of someone who is neither attempting to seduce himself nor to seduce us, the viewers. They are not idle talk made to fill the void; they are not the product of a photojournalist only concerned about reproducing what he already knows, in the form expected, without any risk – not the physical risk that comes with war or conflict, but a risk that challenges convictions.

These photographs are the exact opposite of what Jörg M. Colberg defines as a cliché: “A cliché photograph is like a plug for which viewers provide the outlet: they have to be able to recognize the cliché for it work as such. Once the connection is made, that recognition triggers everything else, at least in part bypassing the viewers’ ability to think critically.”

Much photojournalism is now based on clichés, where photographs cease to be photographs with the same speed that the events they depict cease to be events. Because Philip’s photographs are not clichés, they remain photographs, and they remain alive. Their outreach extends far beyond documenting the world, in this case the contemporary history of Nepal. They reflect the history of human beings coming to terms with their need for freedom – whether asserted by wrath or by an ingenuity to manipulate that wrath. As such, they remain, more than ever, necessary.

Of course, they also bear witness to the almost symbiotic proximity between the photographer and his subject. They are raw, harsh and complex at the same time. Uncomfortable even. But even better, they are empathetic. They make us think, but they make us love, too. Therein lies probably the essence of Philip Blenkinsop’s work: the tension between violence and tenderness, between animality and compassion.

Looking deep into Philip’s photographs of Nepal, I once thought, these images come from another time. Of course, most of them date back to the early 2000s. That is long ago. The civil war is over but the fragility of peace reminds us that it could come back at any time, much like an earthquake. But it is to another “other time” that I am referring, another time in the life of that young and strange medium that is photography. A time when, coming back from the conflict zone, you had to process your rolls in the loo of a nearly deserted hotel in a capital city living under curfew, without any guarantee that they would ever reach the magazine that had paid for them, forget reaching on time.

There is no nostalgia in this reflection, neither about the gesture of taking a picture nor about the technical mutations of the medium. The camera, whatever it is, is but a tool, serving a purpose – expressing something about the world. Even in 2015, maybe more than before, one can still die of voicing one’s thoughts, with or without a camera.

So not the slightest nostalgia, but a question about promptness and quantity. In this century, where all of us, all the time, without any escape, in much greater amounts than we demand or can absorb, regardless of our wish to steer clear of it – in this century, where we are allowed to see everything, and become thereby illiterate by saturation – don’t these images give us hope? By their scarcity, their temporality and the place of their exhibition – Kathmandu, six months after the earthquake – aren’t they an act of resistance? And perhaps, a possible answer to the question, what does the act of showing pictures still mean?