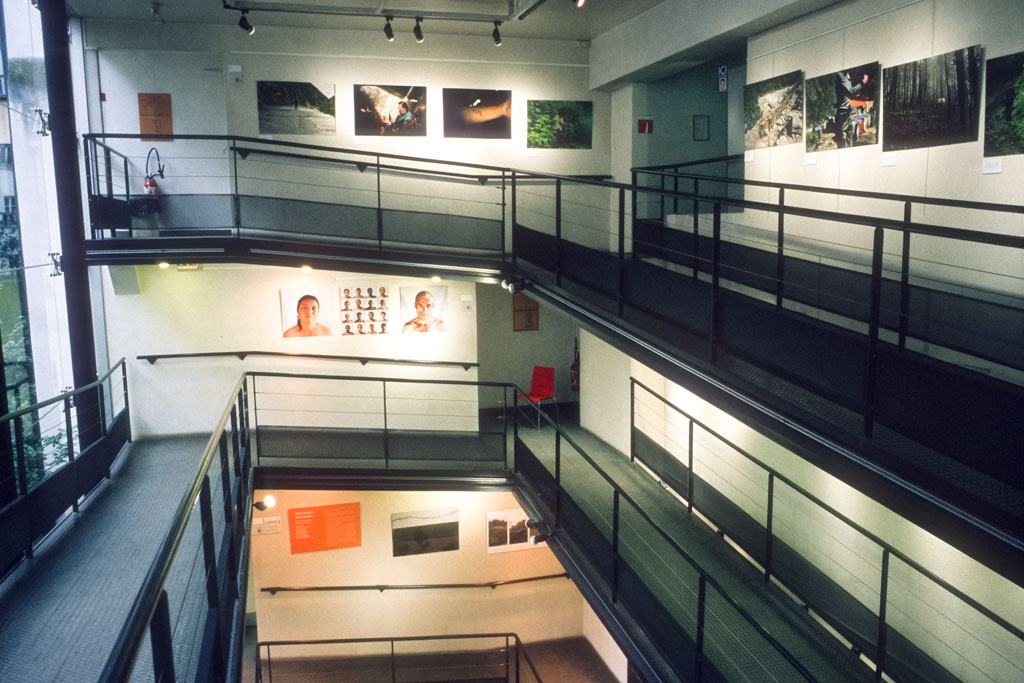 In Nepal, photography was for a long time the almost exclusive domain of the official photographers of the court. A vernacular photography did exist in parallel, but until the medium became more accessible, this was an activity only a few, mostly-elite enthusiasts could indulge in. Besides which, the role of the photographer in the early days hardly ever went beyond that of a diligent craftsman.

Eventually, as tourism developed, encounters with the gaze of the Other became more and more commonplace. Indeed, for many Nepalese, their image of their own country was being shaped by the representations put forth by foreign photographers, whose visual vocabulary was understandably limited to a small number of clichés. This was the time of ‘exotic’ photography, where many of the country’s treasures – from hidden Dolpo to the eight-thousanders, from the Kumari to the intricacies of Newar architecture – were inventoried by a plethora of visiting photographers. And there were a number of Nepalese photographers who followed in their wake, and who rightly believed that they were just as competent as the foreigners in exploring and revealing the beauty and mysteries around them. Some press photographers too, in their own capacity, contributed to a particular visual narrative of Nepal, although it was difficult to discern a personal expression within these images.

Things have changed today. The decade-long civil war has now come to an end, the monarchy has been replaced by a republic whose constitution is slow in coming into existence, globalisation is exerting new pressures, urbanisation is wreaking havoc, poverty is rising… there is a lot to be processed and told. But by whom? When there were millions of Nepalese on the streets in April 2006 demanding the king relinquish his indiscriminate powers, or in April 2008 for the election of the first Constituent Assembly, the international media had swooped in to get the story, stayed a few days, and then returned. “Nepal is Burning,” one headline in Time Magazine had read. But what after that? Who is to follow up on the aftermath of these events, the turmoil and struggles of daily life? That’s where we come in.

Not least thanks to the community building efforts of photo.circle, a young generation of photographers has come to the fore, much more confident in their own strengths and legitimacy to speak up on their surroundings and the world at large as compared to their predecessors. They’ve educated themselves, they practice unremittingly, they contribute to newspapers and magazines while at the same time engaging in personal projects, they shake up the old codes of photojournalism, they attend workshops, travel around Nepal and overseas, and as a result, are deeply aware of the problems confronting Nepal in the 21st century. In short, they embody the power of photography as a language not to tell the world as it is, but because they have surpassed the myth of objectivity, to tell the world as they see it.

Times are changing in Nepal, and not always for the best. But the good news is that those who are destined to chronicle these changes and help us understand them have arrived. They are in their 30s and already demonstrating great clarity and creativity. This exhibition introduces the French visitor to a glimpse of their work for the first time.

Through a series of frontal and neutral portraits where the model is stripped from any sign of religious or ethnic affiliation, NayanTara Gurung Kakshapati raises the question to know what it does mean to be a Nepalese today.

On the Chinese border, Prasiit Sthapit documents the rehabilitation of an old stretch of the Silk Road between Nepal and Tibet, and the consequences for the locals, who are mostly relying on agriculture and could loose their lands in the process.

Finally, in the collective series entitled Kathmandu Kathmandu, young photographers who grew up in the capital city tell us how they experience it from within.

Introductory text to the exhibition commissioned by photo.circle, translated from the French by Frédéric Lecloux, kindly proofread and edited by Preena Shretha in July 2016.