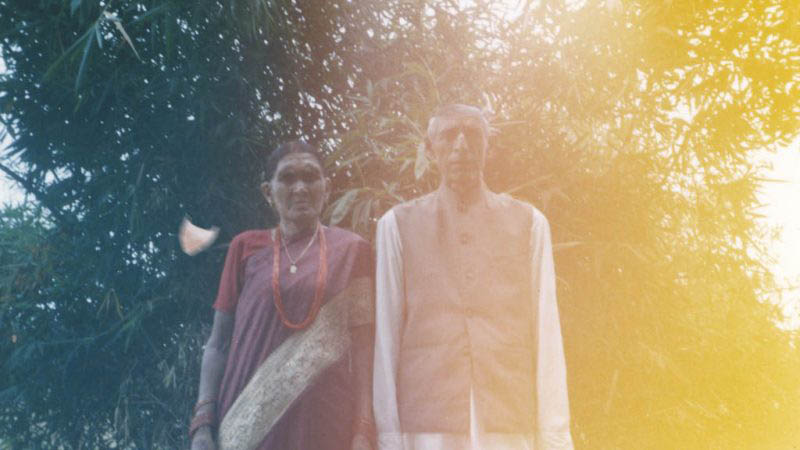 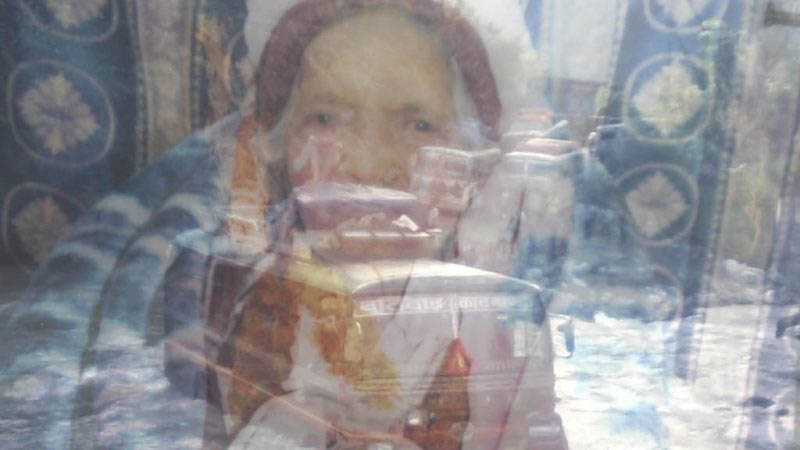 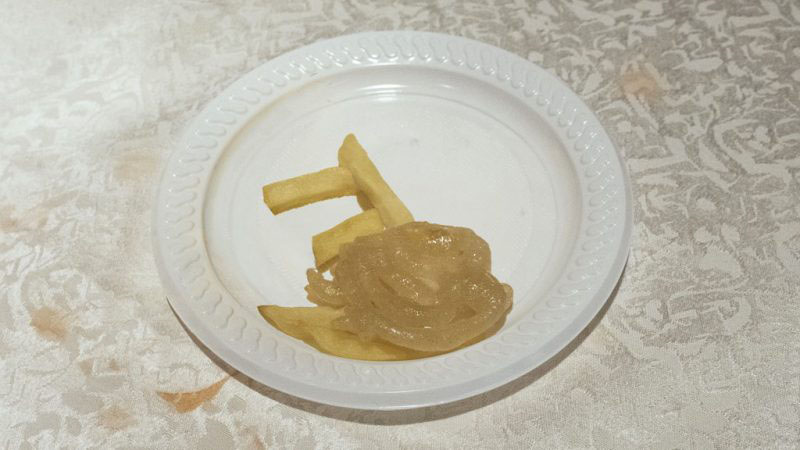 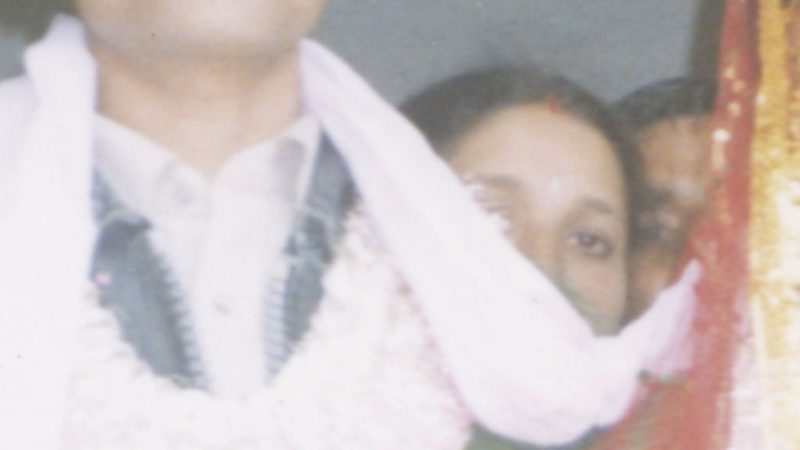 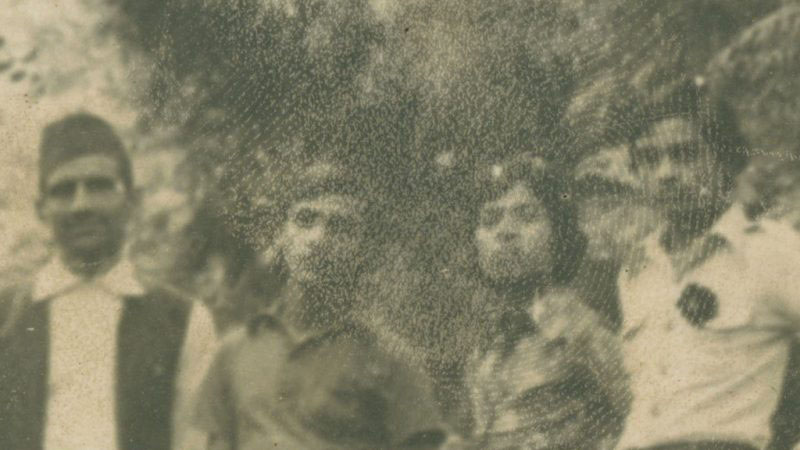 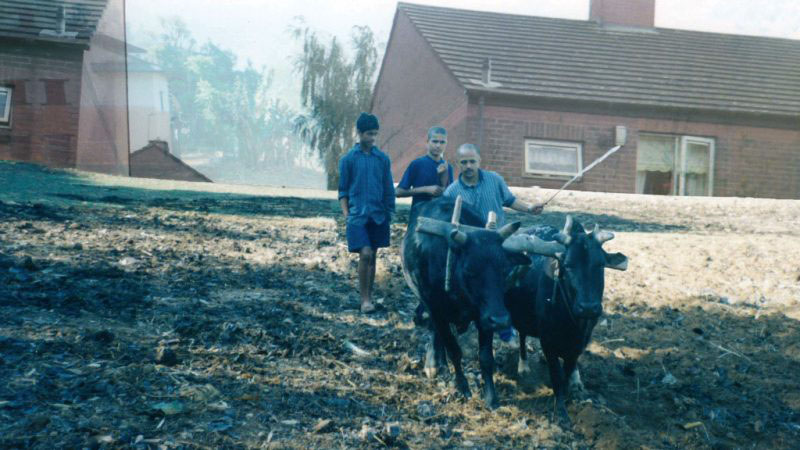 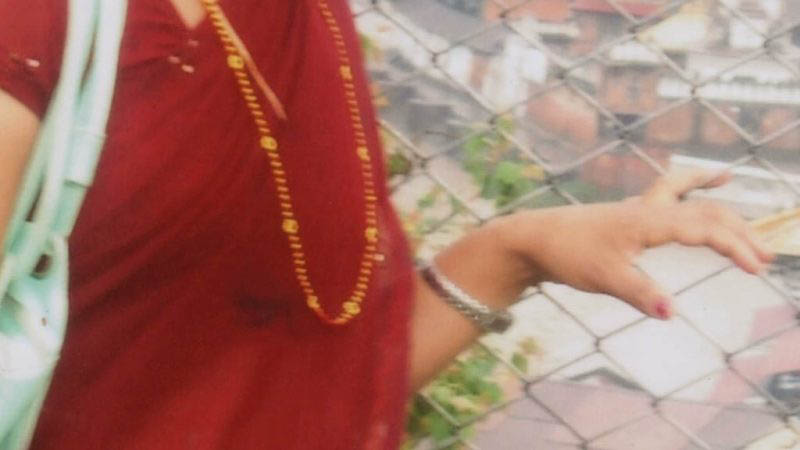 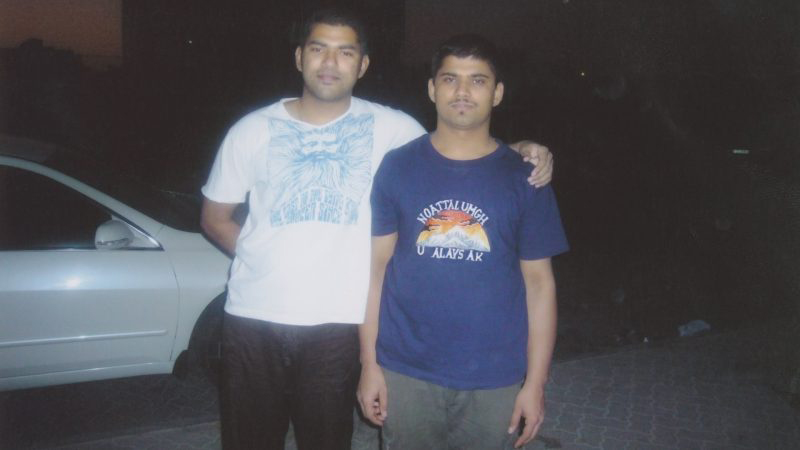 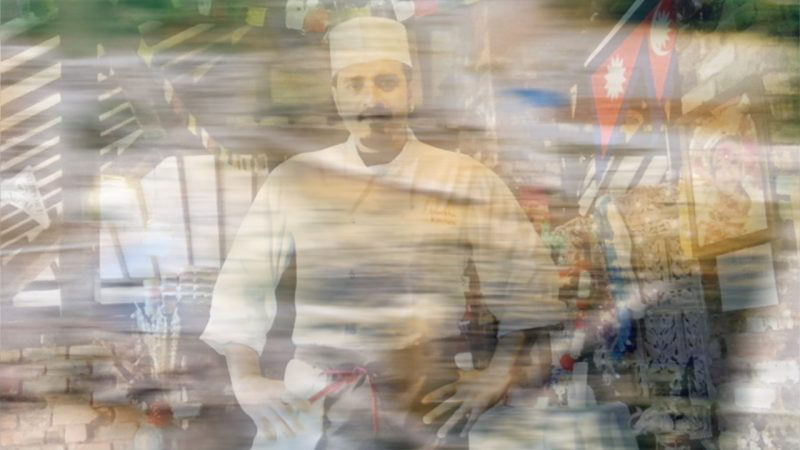 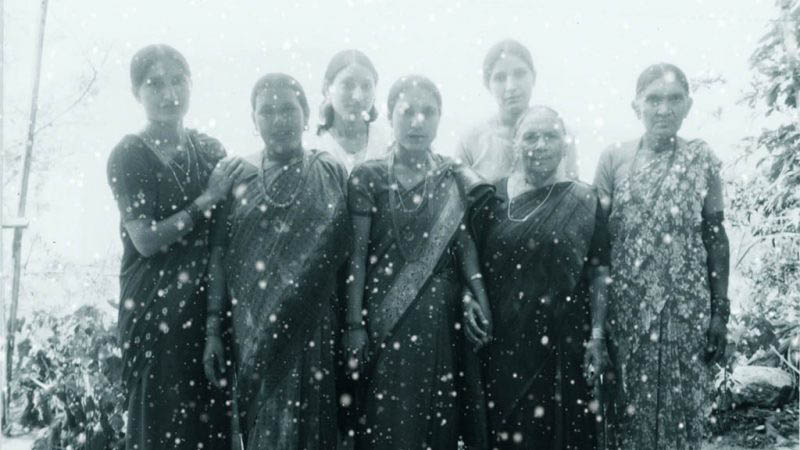 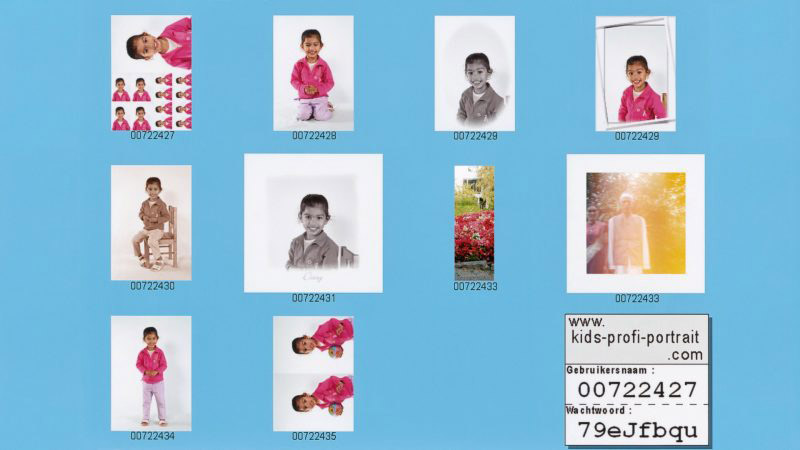 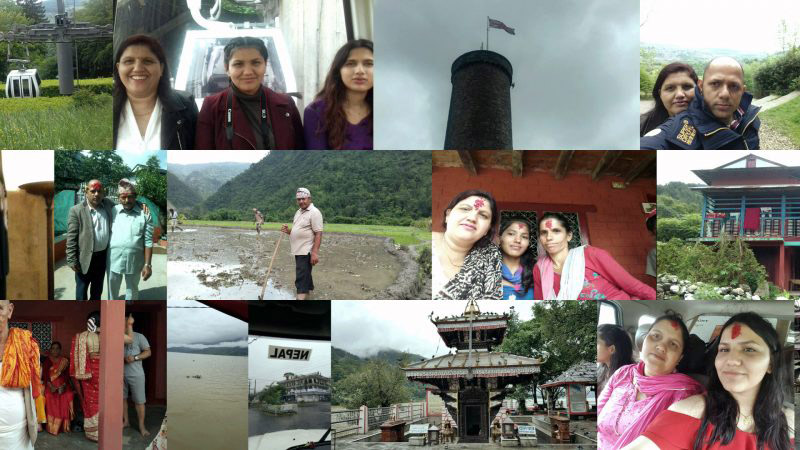 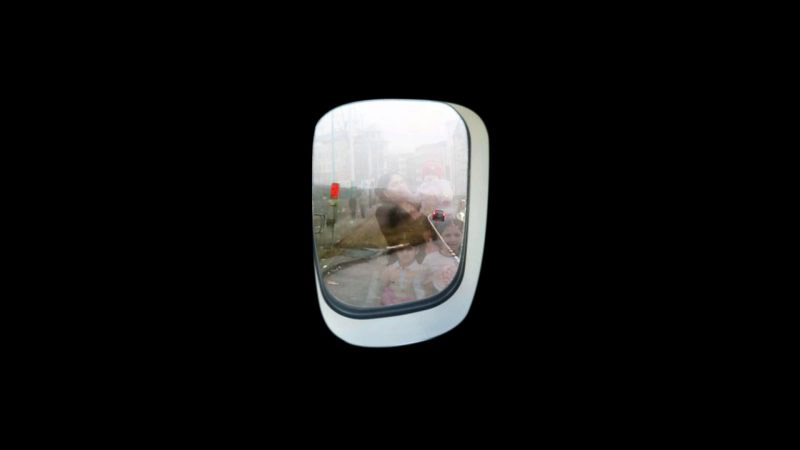 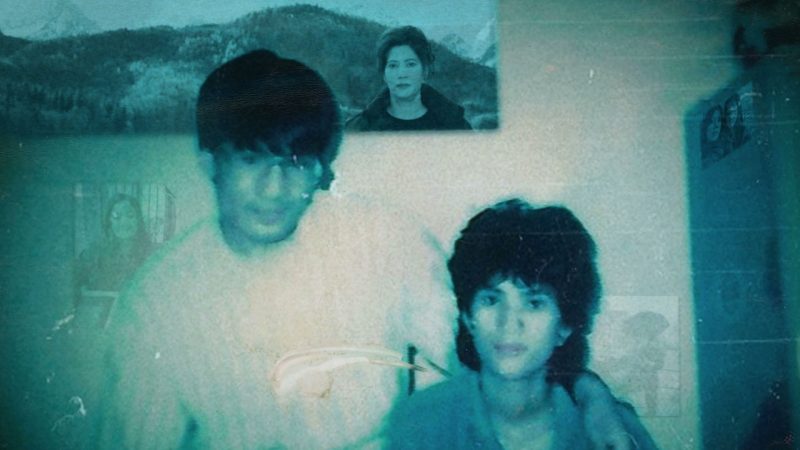 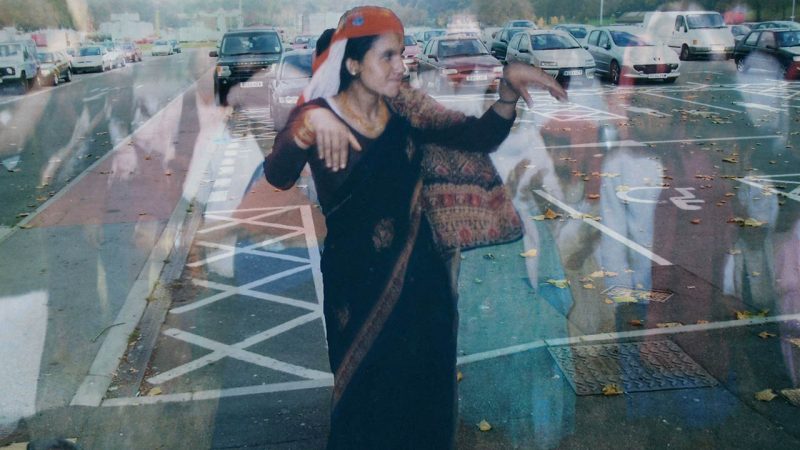 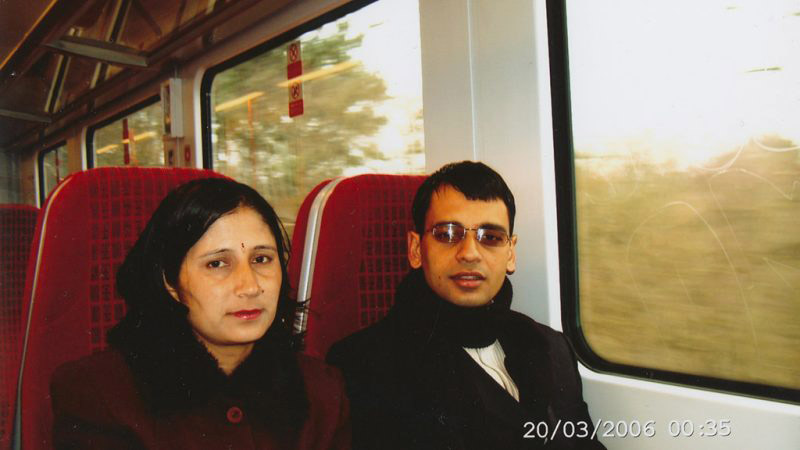 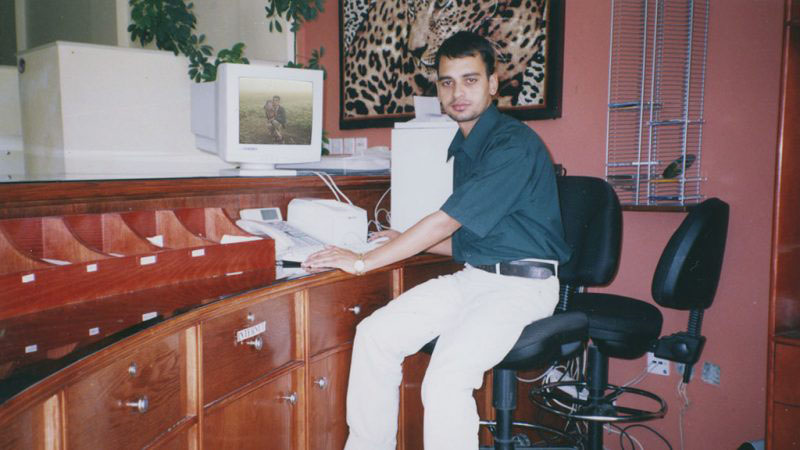 In 2017, thanks to the dedication and confidence of Dr Jean-Xavier Ridon, a Leverhulme Trust grant allowed me to be an artist in residence at the University of Nottingham, United Kingdom.

The stated aim of the grant is to help a university “to foster a completely new creative collaboration between an artist working in a discipline outside the applicant institution’s usual curriculum and the staff and/or students of that institution.”

The grant-winning project originates both in my 25 years relationship with Nepal and in Dr Ridon’s interest for the question of trace – including its photographic aspect. It has consisted in meeting several families among the 150 household strong Nepali community of Nottingham, in order to look into their representations of the migratory experience that brought them to the UK, through the prism of their family albums, and through a transposition of my findings and feelings into an artistic form.

The project was expounded to a significant part of the community at the local Nepali New Year party in April 2017. They responded favourably to my proposition.

Interviews were organised at their home with the families willing to take part in the project. Although I was ready to delve into social media albums online, my initial conjecture was that most families would actually possess one or several physical albums of photographs, and that these would be the most relevant vehicle for their vision of their own uprooting. Which proved to be true. With each individual family I viewed their avalaible photographs, and in many cases they assisted with the editing. And so we contrived to gather a large selection of images, which was solely guided by my aesthetic and human emotion for them, and sometimes inflected by their owner’s historical or personal comments about them. All the selected prints were then digitised.

I have striven to re-interpret the collected images by the means of a series of 17 e-kus. Based upon the classical haiku, a Japanese short poem of 17 moras aiming to evoke rather than to describe an emotion, the e-ku is a 17 seconds multimedia work that combines image, sound and – though in my case with some license – text. The e-ku was conceptualised around 2010 by late Jean-François Michel between Paris, Brussels and Manosque. The first e-kus were created at that time by myself and a few other artists. Since then, although I did frequently use the form of e-ku both in my personal and commissioned work, I never really found the occasion to explore the larger scope of its poetic potential. This was one of the goals of this residence.

The present e-kus are thus the result of the encounter of two displacements towards a same “elsewhere”. Furthermore, they emerged at the confluence of two different perceptions of the images that I was allowed to manipulate and to translate into a new form – provided an image can actually translate another one. So much so that this translation might also be regarded as being devoid of an original text. Indeed, if these images are very dear to their owners, they also are, in a way, the trace of a reality that persists in eluding us – them and me. This might be the reason why one of the participants in the project once told me : “whatever I say, please keep it for you, but whatever you feel about what I say, you are free to use it.”

The e-kus were screened during the exhibition of the project’s outcome at the Highfield House on the University Park campus between 10 and 24 November 2017.
Download the presentation of the exhibition. The diary of this residence is published here.